Michael Tappin QC appeared for the claimant and William Duncan appeared for the defendants in this application to lift a stay of patent infringement proceedings which was agreed in a “quasi-Tomlin” order in February 2015.  The patent in issue was subject to ongoing opposition proceedings in the EPO.

The dispute in this hearing was over the true construction of the schedule to the order which provided for the stay.  The issue was whether the words “liberty to apply” to lift the stay gave an applicant an entitlement to have the stay lifted, or whether a case had to be put forward in support of such an application.  Mr Justice Mann held that on the facts of this case an applicant was entitled to have the stay lifted, notwithstanding the delay in this case in the application to lift the stay and the fact that the EPO proceedings were expected to be concluded imminently. 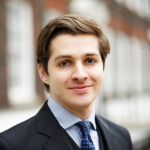