The patent claimed the use of antibodies against the oncogene Erb2 (including the drug known as Herceptin) in combination with a taxane.

At first instance, Arnold J held that the claimed treatment was obvious over the use of the combination therapy in a Phase III clinical trial, described in a research paper (“Baselga 97”). The Baselga 97 paper had described the studies as ‘ongoing’ but did not present any results. Genentech appealed on the basis that the judge had (i) adopted the wrong approach to the question of whether Baselga 97 would have given the skilled person a ‘fair expectation of success’; and (ii) had not properly put himself in the position of the skilled person.

The Court of Appeal dismissed the appeal and upheld the judge’s decision: the judge had been entitled to find that the Baselga 97 paper would have given the skilled person a fair expectation that Phase III trials of the claimed therapy would succeed, and that the Patent was therefore obvious over Baselga 97. 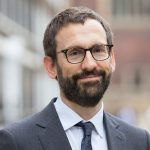