James Mellor QC appeared for the Defendant, Teleste, in this pre-trial review in a patent action. At the pre-trial review the Claimants, Technetix, made, inter alia, an unconditional application to amend their patent.

The Claimants’ unconditional amendment sought to delete Claim 1 of the patent and to amend Claim 2 as a matter of form to include the wording of the old Claim 1. The Defendant argued that this was an acknowledgement that Claim 1 was invalid. The Claimants had previously admitted that only Claim 1 was independently valid, in effect an admission that none of the other claims were valid over Claim 1. It was submitted that this admission therefore needed to be withdrawn prior to amendment.

The judge held that the selection of claims said to be independently valid, made for reasons of procedural economy, did not constitute an admission. Therefore, the Claimants did not have to take the further procedural step of applying for permission to withdraw an admission. However, the judge went on to consider the position in the event that such permission were required. Taking into account the relevant factors, and in particular the fact that refusing to give permission would be tantamount to finding that the Claimants’ claim failed, it was held that permission to amend would be granted in either case. 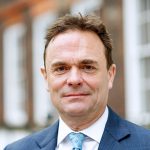