John Baldwin QC and Fiona Clark appeared for Sofaworks Limited, the Defendant, in this community trade mark infringement and passing off claim brought by The Sofa Workshop Limited  concerning two word CTMs for ‘SOFA WORKSHOP’. Sofaworks counterclaimed for revocation for non-use and invalidity.

HHJ Hacon held that both CTMs were invalidly registered and liable for revocation for non-use, but that they would have been infringed if valid. Further, Sofa Workshop’s claim for passing off succeeded. Sofa Workshop now has the opportunity to apply to OHIM to convert the CTMs to national registrations.

Although it was not disputed that the CTMs had been used in the UK for most of the goods for which they were registered, the judge held that the CTMs had not been the subject of genuine use in the Community. In addition, the CTMs, consisted exclusively of signs which may serve to designate a characteristic of some of the goods for which they were registered (particularly sofas) and had not acquired distinctiveness through use in other English speaking CTM member states. However, a sufficient proportion of relevant actual consumers believed that because of the similarity between ‘sofaworks’ and ‘SOFA WORKSHOP’ that the respective goods of the parties came from the same or economically linked undertakings and at least the origin function of the CTMs had been damaged. Moreover, despite its descriptive qualities when used in relation to sofas and related goods and services, ‘Sofa Workshop’ had acquired a secondary meaning in England and Wales and had goodwill in connection with its business. Sofaworks had caused material damage through misrepresenting to a sufficient proportion of the relevant public that they were associated in the course of trade with Sofa Workshop. 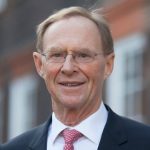 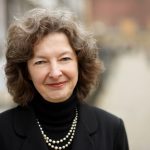