On 1 July 2015 his Honour Judge Hacon handed down judgment in VPG Systems UK v Air-Weigh Europe [2015] EWHC 1862 in the Intellectual Property Enterprise Court. The action concerned alleged infringement of VPG’s patent for a type of on-board vehicle weighing system which uses an accelerometer or inclinometer to measure the change in angle of a suspension component as the vehicle is loaded.

The Court upheld the argument advanced by James St.Ville that claims 1 -12 of the patent were invalid because they were obvious in light of an earlier US patent and therefore did not involve an inventive step.

James St Ville was instructed by Gosschalks Solicitors on behalf of the Defendant, Air-Weigh Europe. 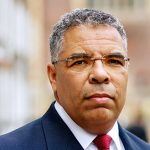