James Abrahams QC appeared for Nike in this appeal against an interim injunction granted by His Honour Judge Hacon.

The substantive action relates to Nike’s “Nothing beats a Londoner” campaign, during the course of which Nike used the sign ‘LDNR’, for which the Claimant has registered UK and EU trade marks. HH Judge Hacon granted an injunction restraining Nike from using the sign until the expedited trial date, and requiring it to take all reasonable steps to delete the signs “LDNR”, “LNDR”, “LDNER” and “LNDER” from its social media accounts.

Nike appealed on the grounds that the Judge had downplayed the evidence of harm that Nike would suffer, and overplayed the harm that the Claimant would incur in the interim between the injunction and trial. It also argued that the judge had underestimated the value of the campaign to Nike.

The Court of Appeal allowed the appeal in part, on the grounds that the judge had not considered the irreversible effect of his order to delete certain material from social media. The Court of Appeal varied the Judge’s order so that Nike need only hide, rather than delete, their Instagram posts and uses of the sign on YouTube until the end of the trial, so as not to lose the ‘continuing conversations between young Londoners”. It also allowed Nike’s appeal in relation to Twitter, permitting Nike to leave those tweets which had already used the sign online. 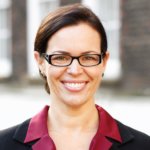