James Whyte and Jennifer Dixon, led by Thomas Hinchliffe QC, appeared for the Claimants (“Optis”) and Charlotte May QC and Lindsay Lane QC appeared as lead counsel for the Defendants (“Apple”) in Trial D, the latest trial in the ongoing proceedings between these parties.  The wider proceedings relate to eight telecommunications patents owned by Optis which are claimed to be standard-essential, the validity of those patents and the potential licensing of patents to Apple on FRAND terms.

Trial D was the last technical trial in the proceedings and related to two of the patents in issue.  The relevant claims comprised product claims for mobile phones said to be essential to the functionality of 4G.  Apple denied the essentiality of the patents on the basis that the functionality in question is not used by Apple’s devices in the UK for 4G.  Apple also attacked the validity of the patents for obviousness in relation to two pieces of prior art (Panasonic and Nokia) and for lack of novelty (in relation to Nokia).

Meade J held that the patents were essential, valid in the amended form proposed by Optis and infringed by Apple.  The judge construed the claims as meaning that a mobile phone was “adapted” to work with a code multiplexing structure within the claim (assuming one exists) so long as it does not need reprogramming.  He also held that certain claims required a CCE number for implicit signalling of the cyclic shift value.  Apple’s mobile devices supported the sending of mixed resource blocks so as to pass 4G conformance testing, but did not actually use that functionality in the UK.  Therefore, the judge held that the phones would function properly in accordance with the claims, making the patents essential.  In terms of validity, Panasonic was a document proposing investigation and did not support a case that the patents were obvious.  The obviousness attack in relation to Nokia was even weaker and Nokia did not teach what was claimed in the patents, so the novelty attack also failed. 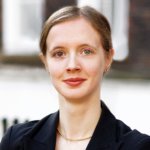