Mark Chacksfield QC, Tom Jones and Henry Edwards appeared for the claimants/respondents (“Optis”) in an appeal brought by the defendants (“Apple”) against the judgment of Birss J in which he found one of Optis’ patents to be valid, essential and infringed by Apple through dealings in their iPhones and iPads.

In the appeal, Apple argued that the patent was invalid and not essential.  The patent related to handover between different Radio Access Technologies, such as 2G and 3G, to ensure signal strength and quality.  The central point on appeal was the reference in claim 1 of the patent to the conversion of measurement values from 3G to 2G within the mobile so as to allow the values to be compared by the network when making a handover decision.  Apple said the conversion was arbitrary because a comparison in the mobile was unnecessary: the unconverted values could be reported to the network, which could then make conversions and comparisons as part of its handover decision.  Therefore, the conversion was pointless and non-inventive (Agrevo obvious).  Apple’s second ground of appeal was that the patent was not essential.  Specifically, the standard for reporting the priority of certain cells to allow the network to make a handover decision did not fall within claim 1 of the patent.

In his leading speech, Arnold LJ rejected Apple’s appeal on obviousness on the basis that the judge had not concluded that the conversion in claim 1 was pointless: whilst the prior art did not give the skilled reader a reason to make the conversion in the mobile, there were technical benefits in doing so.  Regarding essentiality, Arnold LJ found the judge had fallen into error.  The fact that the standard involved having values that were “comparable” did not mean that it could be concluded that the conversion of measurement values from 3G to 2G in the mobile was necessary.  Therefore, the patent was not essential to the standard in issue and not infringed by Apple. 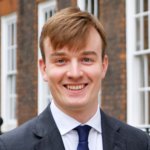