Andrew Lykiardopoulos QC appeared for Sandoz and Justin Turner QC appeared for Teva  in proceedings to invalidate 4 patents owned by Bristol-Myers Squibb (“BMS”) and Pfizer, both of whom counterclaimed that the generic products which Sandoz and Teva intended to launch on the UK market would infringe.

The patents related to a formulation of apixaban for treating thromboembolic disorders and sought to protect BMS/Pfizer’s product Eliquis (a factor Xa inhibitor anticoagulant).In an earlier judgment handed down in April 2022 (in which Michael Tappin QC and Justin Turner QC had appeared for Sandoz and Teva respectively), Meade J had found that the compound patent and its associated SPC were invalid.  In these proceedings, the patents sought to protect tablets of up to 5mg of crystalline apixaban particles, with various characteristics including particle size and dissolution rate.

Meade J held that the patents were obvious and, therefore, invalid.  Although the prior art relied upon did not discuss formulation issues (such as the desired dissolution rates or particle size distributions to use), the Judge found that the claimed dissolution rate and particle sizes were obvious in light of the common general knowledge in routine formulation development work. 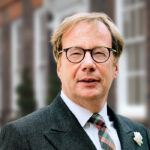