Ashton Chantrielle and Beth Collett appeared for Ms Kogan, the Defendant/Part 20 Claimant, and Jonathan Hill appeared for the film company Part 20 Defendants, in this re-trial of a dispute over the authorship of the screenplay for the film “Florence Foster Jenkins”.

Meade J found that Ms Kogan had had the initial idea and had made plot and character suggestions based on her understanding of music and of the feel of the time period and social world in which the story was set.  Her contribution was authorial, and the characterisation and musicality she had contributed ran right through the whole film.  Ms Kogan’s contribution was 20%.

The counterclaim against the film companies was barred by estoppel and acquiescence because Ms Kogan had at least indirectly represented that she had consented to the commercialisation of the film, and she could not now withdraw that consent.  Mr Martin, however, had infringed Ms Kogan’s copyright or moral rights from the date when she had withdrawn her consent to his exploitation of the screenplay film without payment or credit.  The film companies were required to pay her 20% of anything owing to Mr Martin for the future.  Ms Kogan was entitled to an appropriate declaration as to her authorship. 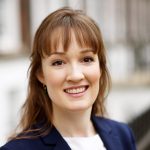